Trident is an
Innovation Agency

Trident is an
Innovation
Agency

We connect great invention ideas with manufacturers and distributors to create real-life products.

Trident Invents was founded as Trident Design, LLC in 2000 by inventor, Chris Hawker, as a vehicle for him to develop and and commer-cialize his own invention ideas. Trident has gone through several transitions and interations over the years. We have concentrated on product development, crowd funding, ands licensing.
We now focus exclusively on product licening, but our vast experience in all other aspects of innovation, IP, negotiation, and networking, allows us to deeply understand where the invertors we seek to serve are, and how to get them where they want to go.

We help the best ideas win We aim to create extraordinary results for our clients and ourselves.

Lisa is our Manager as well as CWC (chief whip-cracker) who keeps us all in line and on time.  She is a Columbus native and has been with the company 13 years.

If you work with Trident, Lisa will be your main point of contact to help you navigate our process all the way through to successful licensing.

When Lisa is not managing Trident, she is co-founder of Motherful, a non-profit that seeks to bridge the gaps experienced by single mothers and their children.

Chris is a husband, a father and an entrepreneur. He is a prolific creator of clever consumer products with a track record of success over 25 years of inventing. He is an expert in invention licensing, open innovation, product manufacturing, and crowdfunding.  He has over a dozen issued patents to his credit. He is a contributor to Entrepreneur.com.

Chris regularly speaks on the business of inventing, and it is his vision to support inventors in turning their dreams into reality. He was invited as a representative of the inventor community to the signing (by President Obama) of the Innovation Act of 2014, which was the first major patent legislation in the US in over 80 years. He has served on the board of the United Inventors Association, and lobbied Congress on patent reform.

Joel earned a degree in Industrial Design from The Ohio State University. He has collaborated with founder Chris Hawker since 2009 and has since expanded his skills into graphic design, videography, and animation.

Joel has a passion for motion graphics. When not working with Trident, he freelances on interesting projects and hangs out with his two awesome kids.

Andy has over 40 years sales and sales leadership experience working for companies like Maytag Appliances and Philips Electronics.  Since 2009, Andy has been an integral part of Trident Invents success helping inventors license their innovations and getting their products to market.  He has had several major home runs with partnered products selling several millions of units.

We help the best ideas win We aim to create extraordinary results for our clients and ourselves.

We deliver honest, objective evaluations of ideas submissions and will work passionately to support them in succeeding.

At Trident we are committed and compassionate, professional and playful.

If You Like What You See, We’d Love to Work with You

Submit an idea for consideration
Scroll to Top 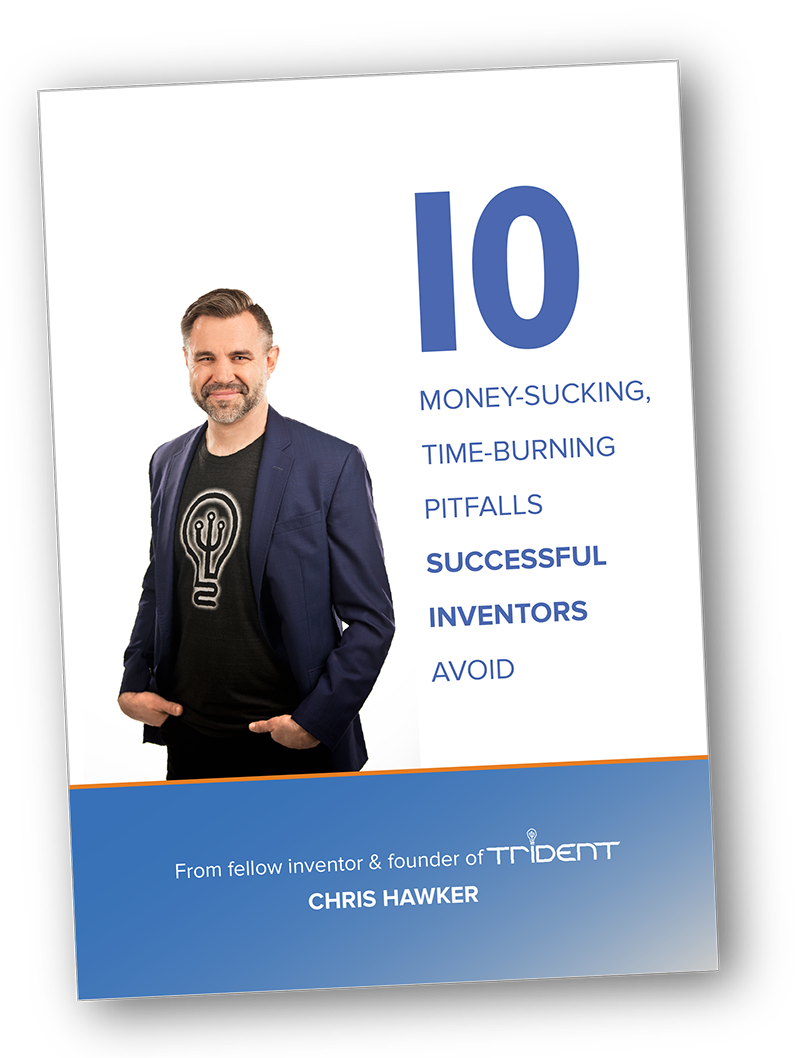